Green and Gold Open Access is available for all Intellect articles, please see their Open Access page for further information.

CONVERSTAIONS ABOUT COMING BACK TO OUR SENSES IN THE VIRTUAL AGE

Host Stefana Serafina speaks to embodiment scholars, healers, artists, authors, and activists who work to promote social and cultural change through the ways we embody ourselves and our values, our voices, our sensitivity and sensuality, and our intuitive and creative capacities.

Episode: Earthly Bodies in the Virtual World: Anatomy of the modern Human, with Andrea Olsen.

Made possible by the Fund for Innovation at Middlebury

ARE YOU INTERESTED in translating the film texts into your language? Spanish, French, Russian are now in the works. Help move the films out into the world; we will post and credit (and update) translations that you send. Contact: olsen@middebury.edu 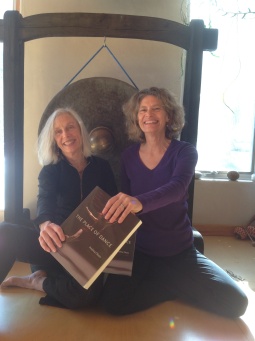